Like many others I have been impressed by the cover art on Lavie Tidhar’s multi-award winning Science Fiction novel “Central Station”, created by Sarah Anne Langton and been inspired to break out my drawing programs again! The current version is here: 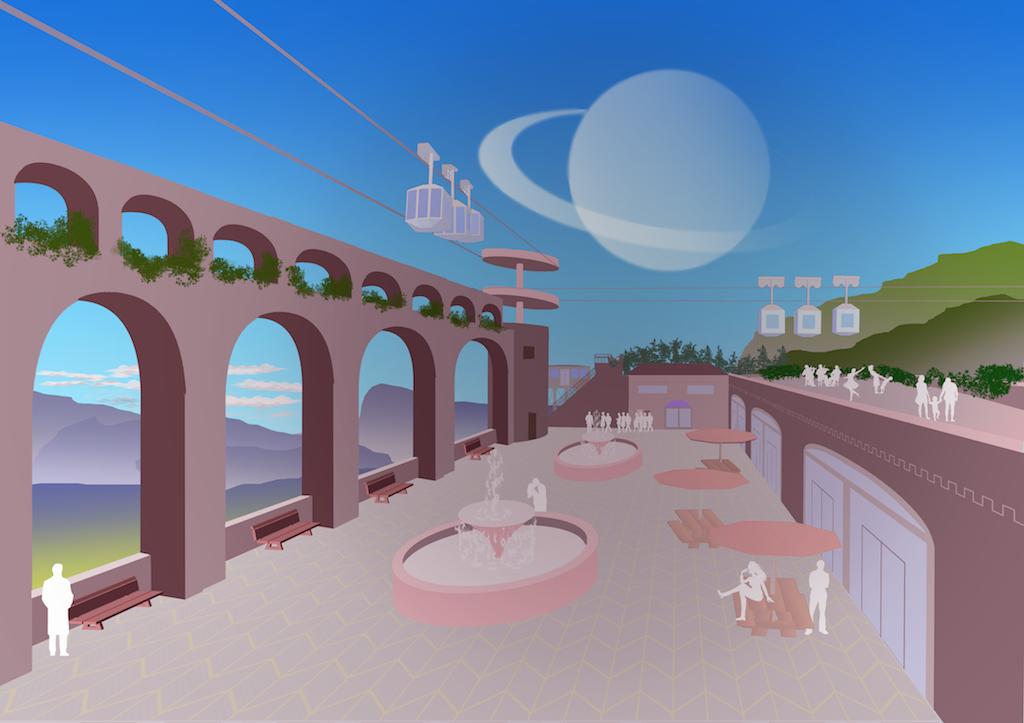 It was created in Clip Studio EX (which was called Manga Studio 5 when I bought it), with figure silhouettes from openclipart.org. Some of the objects (such as the cable cars) were initially created in Wings 3D, imported as 3D objects into Clip Studio and over-painted.

While in no way up to the original artist’s standard I enjoyed creating it a lot, and hope to do more in this vein soon.